Gekskap (Fool’s cap) on display in the garden

This week (Monday 25 April 2022 to Sunday 1 May 2022) a special work of art can be seen in the garden: Gekskap by Regula Maria Muller. The work depicts the tulip mania of the 17th century: in the Netherlands and Europe, people were so crazy about the tulip, it was as if they had gone mad.

At the time, tulip traders called their merchandise 'de kap' (the cap). People whose profession at that time was related to the trade in tulips were therefore called 'kappisten'. Tulips were worth a great deal of money in this period of the Golden Age, and tulip bulbs were also a popular commodity to invest in. However, a virus that attacked the tulip bulbs and the prices that soared caused the tulip bubble to burst in 1637 and prices began to fall rapidly. Traders in tulips became a target for mock poets and cartoonists, because their customers thought they had sold them something valuable, but these tulip traders but could not keep their promises.

Mock-poets began to associate the word 'kappist' with a fool's cap: the name for the headgear of a jester. This period also saw the creation of Pieter Nolpe's cartoon Florae Gecks-Kap, the main inspiration for Regula Maria Muller's work. The print shows an inn made of a jester's cap. The work is full of satirical symbolism, including the goddess Flora who is being chased away. By the power of the goddess Flora, tulip collectors, tulip merchants and tulip farmers had been kept in line. They had flouted civic morality, and now their pride, greed and lust had led them to failure.

The work of art can be seen on the Nutveld. Inside are the names of various tulips embroidered. These are the names of tulips that were popular during Tulipmania, taken from E.H.Krelage's book Bloemenspeculatie in Nederland (Flower speculation in the Netherlands), which includes De lijst der bekende tulpenvercheidenheden tijdens de windhandel (The list of tulip varieties known during this period).
The work is in the garden as a result of the Tulip Mania project, an investigation into the ideal soil for optimal tulip growth. You can read more about that project here. 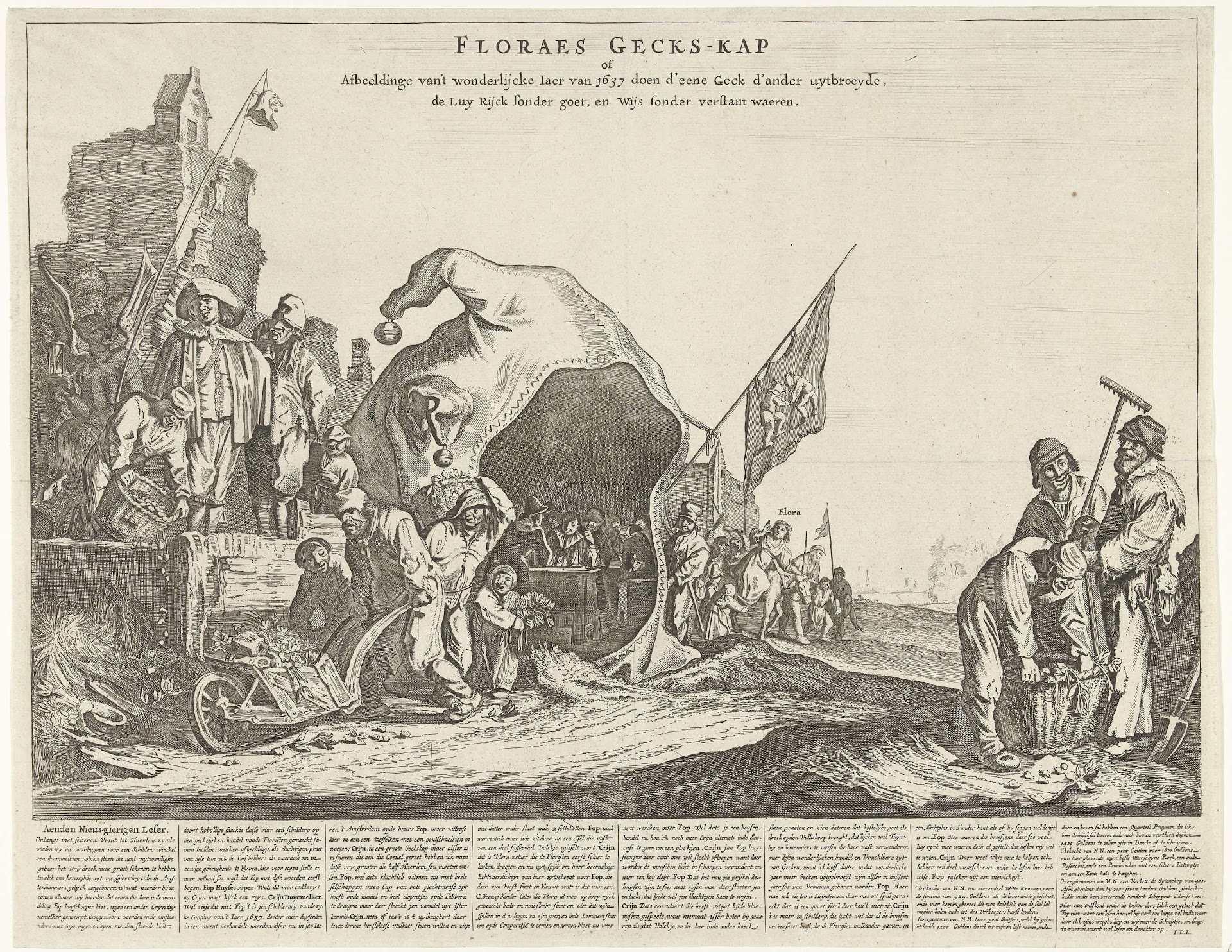 Science in the Hortus: mosquitoes and invasive aquatic plants