Look here for our latest events, research and more... 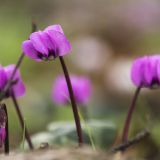 From Monday December 23 up to and including Wednesday January 1 Hortus botanicus is closed. From Thursday January 2 onwards, from 10 o'clock in the morning, you're welcome to visit our gardens and glasshouses once again. We wish you a warm holiday season. 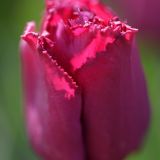 On December 9, our colleague Gerda van Uffelen officially retired from her position as Head of Collections. She worked at the Hortus for no less than 26 years! We celebrated Gerda and her many years here with a goodbye lunch. There she was presented with a tulip that’s named after her: Tulipa ‘Gerda’, a beautiful reddish pink fringed tulip.

Alongside her colleagues and volunteers, taxonomist and librarian for the Royal General Flower Bulb Association (KAVB) and owner of the KTK tulip association Christian Kolk were also present during the unveiling of the tulip. They’re responsible for naming new tulip varieties.

Incidentally, making a new tulip variety is a lengthy process for which patience is needed. Two different tulip varieties are crossbred, and seed will form in the pistil. Every single seed is a new tulip, but they have to be replanted every year for a couple years for the bulbs to grow large enough, until colored flowers start to appear. So Tulipa ‘Gerda’ has been a long time coming! If everything works out the way we want it, the bulbs will be available for purchase in our Hortus shop by next year.

Luckily her retirement lunch wasn’t really goodbye, because Gerda will continue working for the Hortus as a visiting staff member. 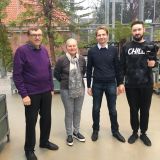 The Hortus hasn’t just been playing an important role in the development of botany for decades, but in medicine too. When the Hortus was founded in 1590, its original purpose was to facilitate research into medicinal plants. Throughout the ages, many important physicians and monarchs visited our prestigious university in Leiden. One of those was Peter the Great, who was the tzar of Russia from 1682 until 1725.

This was a turning point for innovation in Russian medicine. And not only that, because during one of his visits to Amsterdam Peter the Great met famed Dutch botanist and anatomist Frederik Ruijsch (1638-1731). Ruijsch was known for his preparations, which were essentially body parts preserved in formaldehyde. The Great was so impressed by these preparations, he purchased Ruijsch’ entire collection and brought them back to Russia.

Ages later, now a couple of years ago, Russia expert and PhD-researcher from LUMC Inge F. Hendriks was conducting research in the Military Medical Museum in St. Petersburg, Russia. It was there that she discovered a small collection of Ruijsch’s preparations that were never exhibited to the public, something the Military Medical Museum now intends on doing after all those years.

To make this collection more approachable for the public, the Military Medical Museum started making a documentary about the subject. Because of the close historical bond that the University of Leiden and Military Medical Museum share, the crew came to the Netherlands to capture footage of the Academy buildings, the Senator’s hall and of course, the Hortus botanicus. They all played an important part in the medical history between Russia and the Netherlands.

And while they were here, it was a great (photo) opportunity for Paul Keßler to meet the Military Medical Museum’s vice president Dmitry Zhuravlev, film producer Roman Tamchenko and researcher Inge Hendriks, who accompanied them on their trip. 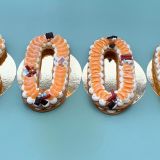 A little over ten AM on the 26th of November 2019 we welcomed our 180.000th visitor: Mrs. Bourgondy from France, with her grandson Theo. She visits the Hortus every time she comes to the Netherlands. After director Paul Kessler handed her the congratulatory bouquet, her grandson only wanted one thing: to see the fish! 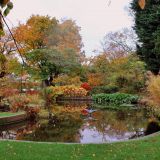 The Old Observatory visitors centre is opened Monday 21 to Friday 25 October between 12:00 and 16:00. because of the Dutch autumn holidays. Please note: there are no additional tours offered. 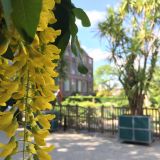 The Hortus botanicus Leiden is closed on Thursday 3 October due to the celebrations of the relief of Leiden in 1574. 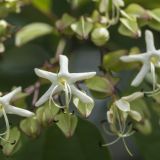 Every Thursday in July and August at 4 PM our experienced guides walk through the garden with you. This year they pay extra attention to plants that are related to health. Enjoy their stories outside, the monumental Hortus trees and summer flowering bulbs. Directly at the cash desk €4,00 above regular entrance, with an e-ticket €2,50 above regular entrance. No need to book in advance, just come along! 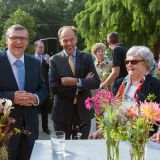 The Hortus botanicus Leiden has received an inheritance of 5 million Euro. This is a gift from the estate of Carla van Steijn, who was a loyal visitor to the Hortus during her lifetime. In accordance with her wishes, the gift will be used for new activities and to optimize accessibility for less-able-bodied visitors. 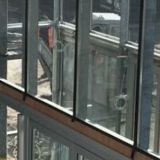 Attention! Café and shop are closed on 6 and 7 May. The Hortus is accessible.

Attention! The entrance, café and shop of the Hortus will be redesigned on Monday 6 and Tuesday 7 May. There is only coffee/tea available in the Orangery during these two days. The Hortus store is closed. You pay a voluntary contribution. From Wednesday 8 May we would like to welcome you in the new entrance, shop and café. 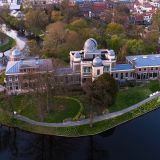 Due to the renewal of an exhibition in the Leiden Observatory, the visitors center is temporary closed from 24 March until 10 April. 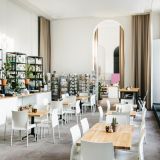 Pop up café and Hortus shop

While the main entrance is under construction, we built a pop up café and shop in the monumental Orangery of the Hortus botanicus Leiden. In this historic ambiance visitors can enjoy the Hortus menu. In the Hortus shop you can find botanic presents, plants (directly from the auction), books, cards, jewelry and chocolate.

The Hortus is closed from 24 December through 1 January. 2 January we will be open from Tuesdays-Sundays from 10 am – 4 pm. The new entrance will be open in May 2019. 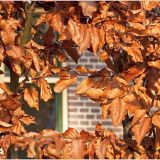 From Monday December 24 up to and including Tuesday January 1 Hortus botanicus is closed. From Wednesday January 2 onwards, from 10 o'clock in the morning, you're welcome to visit our gardens and glasshouses once again. We wish you a warm holiday season.

Discover the world at Leiden University